Vitiligo is a skin disease where some parts of skin lose the skin color or become depigmented. The exact cause for vitiligo is not clearly known. Also, treatment of vitiligo is not possible, one can only prevent it from increasing.

Vitiligo is a disease that cannot be hidden. It has distinctive white patches as the symptom where the skin loses its pigmentation. These patches may be small, to begin with, and may change their shape and increase over a period of time. These patches are generally visible on face, hands, and wrists.

The patches may be more visible around the skin surrounding mouth, eyes, nostrils and other such areas. Since the disease is easy to spot, it often leads to stigmas and boycott of patients from the society. This is due to a lack of knowledge about the disease. Vitiligo is not a communal disease- it cannot be passed on with touch or breathing. However, stigmatization may lead to depression in the patient.

Vitiligo treatment, if taken at the right time, can ensure that the disease does not increase further. A lot of methods are available for Vitiligo treatment in Surat. This includes applying some topical creams that may help to some extent. Other treatments are done by exposing the affected area to rays- laser rays, UVA rays or lightbox. When the affected area is small then laser or UVA rays can be given. When the areas are quite large then a light box may be used.

Light treatment has been successful in some of the cases. Vitiligo surgery is another method of treatment. This treatment enjoys the maximum success. However, this is usually recommended only for adults and once it is determined that the disease is stable- i.e. the vitiligo affected area is not increasing

The exact cause of vitiligo is not yet known. Multiple theories have been suggested for the cause of Vitiligo. One of the most accepted cause is the change in the immune system. Genetics and environmental reasons also have an impact in causing Vitiligo.

In a lot of cases, people suffering from Vitiligo also have autoimmune thyroid disease. Hence it is a good idea to get the thyroid gland tested. In case your thyroid levels are not within the acceptable range then also it is possible to treat it and control it at the right time. Vitiligo is a disease that needs to be controlled right at the onset to ensure that it does not increase too much and cause not so pleasing appearance. 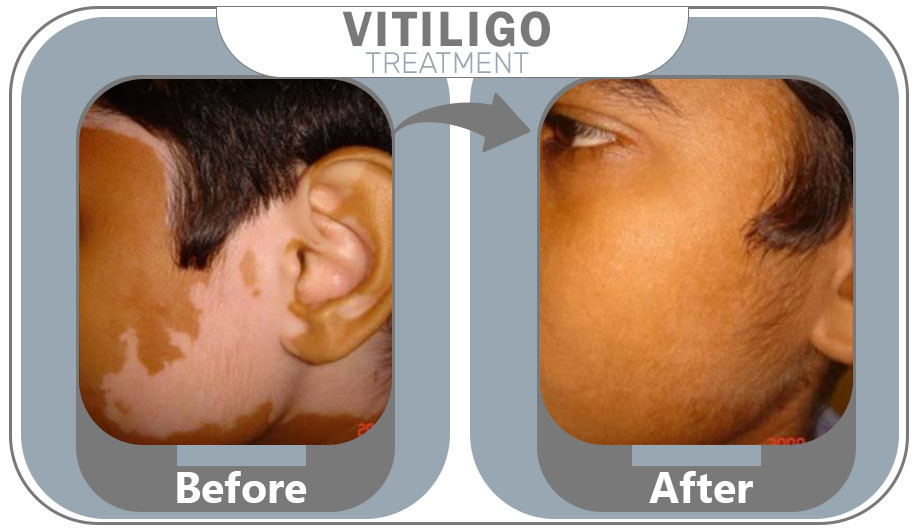