Viral infection is an allergic reaction caused due to viruses- the organisms which attack the cells of the living body and harms them making the person sick for a longer time.

A virus is a small infectious agent mostly smaller than bacteria that pervades a body, reproduces its cell in the normal cells of the body and makes the person ill. So viral infection is caused by the pathogenic viruses.

This infection s may vary from mild to severe Viral infection on the skin can be of many types like:

There are more viral infections that cause rashes like- measles, chicken pox, rubella. These infections cause spots or sores on the surface of the skin, while few of them like warts does not spread to other parts of the body.

Viruses are the hijackers that attach themselves to a particular cell called HOST CELL. After entering into the person’s body, they start releasing their own DNA in the cell. And as DNA consists of a genetic material which forces the body’s cell to replicate the viruses in it. After that, the virus multiplies its number and forms so many cells of its kind. This way body cell gets infected and the person falls sick. This way VIRAL INFECTION spreads through the whole body. It can spread to other members of the body.

For this antiviral medicines are prescribed by the physician.

1. Initial diagnosis and evaluation by the doctor

2. Blood test and few other tests

3. Treatment according to symptoms

4. Use of oral medication

Viral infections are very harmful, they make a person weak and lowers the immune power of the body. These infections are different than bacterial one as they differ in the medication process. Viral infections are caused by many factors like: Contact with other persons through handshakes or any other physical activity, Contact with the adulterated water, food or atmosphere. It also caused due to measles, chicken pox, and smallpox.

Through bites of insects, mosquitoes etc, Also spread through sexual contact or blood transfusion. Sweating Also from sharing of any wet area, the infection spreads. Also, microbes like viruses are the prime reason for viral infection. 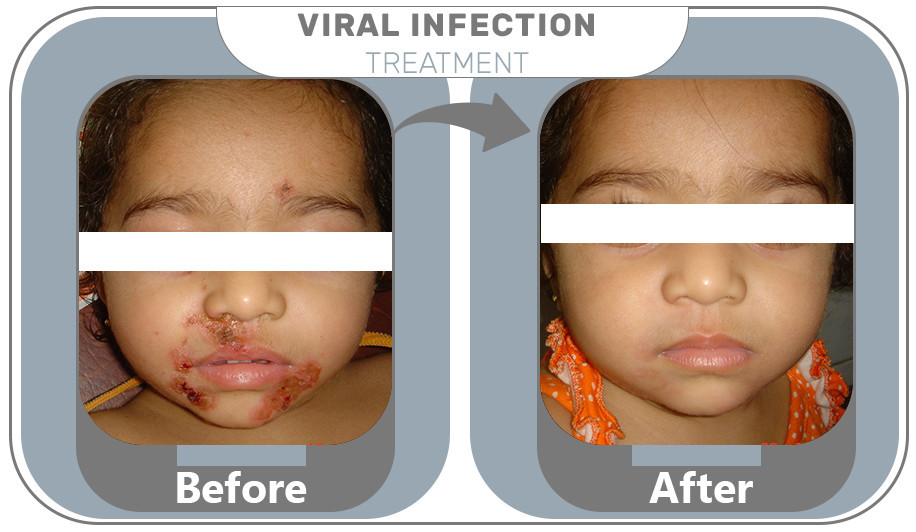