Gynaecomastia is a common disorder seen in males due to enlargement of male breast tissues. In this situation, the males possess breast or chest larger than the normal size. This is mostly seen in teenage boys and older men.

Gynecomastia, also referred to as “Man boobs” is an endocrine disorder in which there is benign enlargement of the male’s breast’s tissues. This state is found to be at the stage of male puberty and also in the disease state. This condition arrives due to endocrine imbalance involving metabolic dysfunctionality. At this point, the male’s breast skin bulges out and becomes more prominent and the nipples may cover with the excess tissue layer.

The symptoms of breast enlargement may vary from a small one to a larger one more like a female looking one.

The breast enlargement disorder is found to be embarrassing by many of the boys and so they don’t like to talk about it. But for all those people it is necessary for them to know that this anomaly should be diagnosed as soon as it becomes painful. Before going for the treatment of gynecomastia, the history of the patient is studied thoroughly, its medication history is observed. Along with this, the family history is recognized.

There are few general steps need to be taken as a treatment procedure like:

Gynaecomastia is found due to an endocrine imbalance in the male’s body. It also may be due to several issues like:

1. Obesity: Being very overweight can increase the levels of estrogen, the hormone responsible for the growth of breast tissue.

2. Puberty: During Puberty boys hormones do vary due to which gynaecomastia is prone to develop.

3. Use of Alcohol and Drugs: Few drugs both the prescribed one and the illegal and abuse of alcohol is also the factor which can have such effect.

5. Older Age: Due to growing age, the production of some hormones drops due to which estrogen starts growing breast tissue at a faster rate.

Other numerous factors that cause the gynaecomastia are

2. Side effects of medicines

5. Infection in the tissues 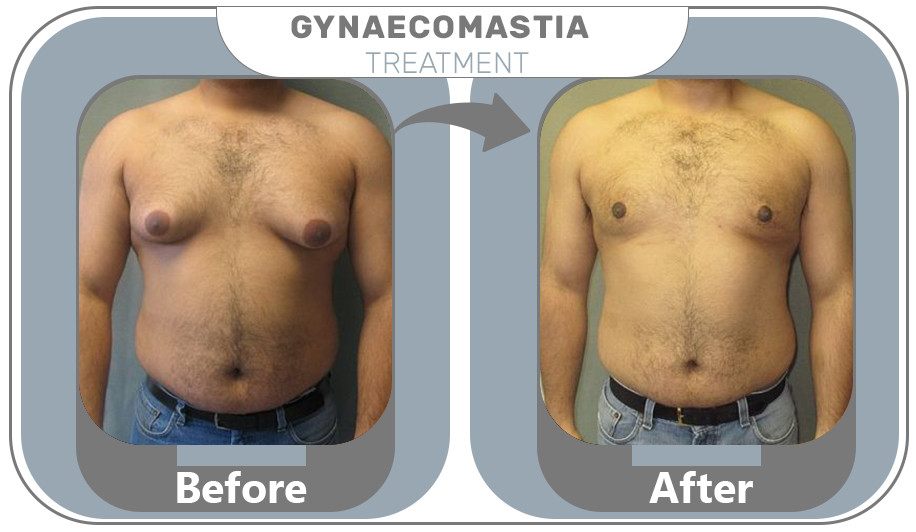